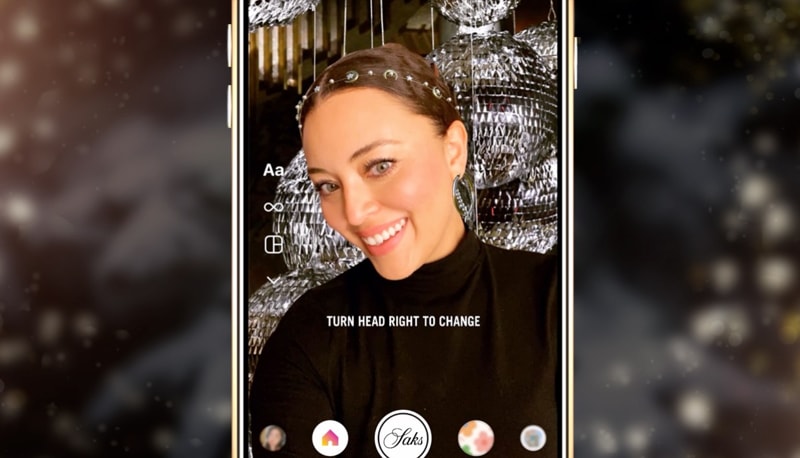 One of the AR filters coming to Instagram users who visit Saks’ page during the holiday season. (Yahoo).
<Augmented Reality, Technology/>

Of course, what’s most interesting were how many stories this week were about both – retail activations within virtual worlds. These stories show legacy industries making inroads into virtual spaces, but they also show opportunities for new markets and economies to develop within these virtual worlds.