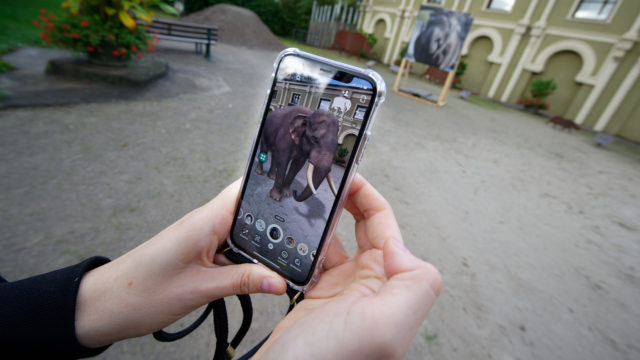 iPhone 12 will supercharge mobile AR in 2021

A surge of popularity in mixed reality during the pandemic could lead global investment in the technology to balloon from $12 billion in 2020 to $72.8 billion over the next three years.

That’s according to a wide-ranging new survey from Snap and Deloitte Digital that looked at how quarantine conditions have supercharged adoption of augmented reality (AR) among brands and consumers. Drawing on data from more than 15,000 respondents, the study represents one of the biggest efforts to quantify this shift.

The study found more than half of consumers say the Covid-19 pandemic has made AR experiences more important to them than they had been before, and nearly three-quarters say they expect their use of AR to increase over the course of the next five years.

That shift in consumer willingness to engage with AR has also had a marked effect on brands’ ability to advertise through the tech, the report found. The survey claims brands that offer AR experiences for products see 94% higher conversion rates than those that don’t, and consumers say they are 41% more likely to consider a product featured in an AR ad.

“Over the last year, our community has embraced AR as it has evolved from being fun and entertaining only, to having true utility and driving business results,” said Luke Kallis, vp of U.S. Advertiser Solutions at Snap, in an email. “This report demonstrates the strength and importance of AR for brands and helps illustrate why we believe our audience will continue to be early adopters for the technology as the world reopens and AR becomes ever more ubiquitous.”

Aside from communication with Snapchat filters, the three biggest contexts in which consumers used AR were gaming (55%), media and entertainment (52%) and shopping (41%). For the retail industry, the technology has proven to be a useful way to facilitate virtual try-ons at a time when physical stores and fitting rooms have been closed. Other brands in the entertainment and gaming spaces have found it a useful way to replace physical activations or offer fans bonus content.

A shift in perception

Allan Cook, managing director of Deloitte Digital, said that’s led to a broad perception shift in how brands view AR. Whereas many previously saw it as a novelty add-on to a campaign, they are now starting to see it as a legitimate marketing tool that can drive business results.

As for whether these behaviors will continue as the world begins to open up once again in the wake of the pandemic, Cook said the convenience factor and the newfound familiarity among consumers with the tech mean it’s here to stay.

“I think it just saves people time,” Cook said. “We believe that it’s going to be increasingly easy to actually try on a whole host of different clothing or try out a bunch of furniture in my living room to see how it looks. Once I’ve kind of narrowed it down, then I can save time by just going into the store, potentially, to try on the jacket or the glasses or whatever.”

<Augmented Reality, Technology/>
More Than Half of Consumers Say the Pandemic